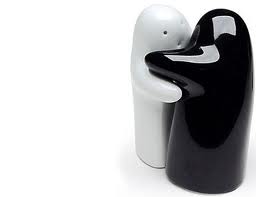 Less than an hour after I spoke with Payet sensei he came into the Sho-Dojo and asked me to follow him.

“You’re having a private conversation with Chino sensei.”

Without further explanation he motioned me to follow. I jumped to my feet and walked behind him past the office, my heart racing in my chest, various scenarios filling my brain as I tagged along. We walked by Kancho sensei’s room and I visualized myself ending up inside, being reproved by the master for my insolence before being expelled from the school. When we got close to the kitchen, I saw myself sitting inside, alone in the corner of the room while all the teachers smacked me about. We walked past the kitchen and for a moment I wondered if Payet sensei was leading me to the door that opened to the roof, the perfect place for an epic battle with Chino sensei…

“Here we go,” Payet said when we reached the teacher’s room next to the kitchen. He opened the sliding door and waited for me to enter. The calm, civilized setup that greeted me threw out all my expectations. Chino sensei was sitting on a pillow on the tatami , his legs hidden below a square shaped table. He drank tea from a small light-blue colored cup and looked relaxed and peaceful. He nodded in a courtly fashion as we entered and waited for us to sit down. Payet sensei sat between us.

“Ocha?” Chino sensei asked and reached for the tea pot. Both Payet sensei and I declined politely. Chino sensei began to speak, addressing me in his high pitched voice, never looking into my eyes, maybe trying to keep it formal. He spoke slowly, and after every couple of sentences, politely paused, attentively watching and listening to Payet sensei as he translated, as if making sure the full meaning of his words were properly conveyed into English before moving on.

“Chino sensei apologizes if you feel hurt by his way of training,” Payet sensei translated. “But he says you mustn’t take it personally, that he would train in the same manner with anyone else in the course.”

They waited for me to indicate my understanding and then Payet sensei ushered me out of the room.

“That’s it?” I asked Payet sensei as we walked along the corridor.

“But how does that solve anything?”

And since I didn’t know the answer either, nor did I know what Chino sensei had discussed with Payet sensei prior to our conversation, I was left with no other alternative but to stick with my original plan, intending to challenge him to a fist-fight should he continue to behave the way he did. 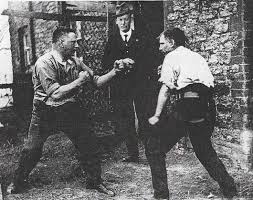 Mori sensei must have felt I was in a combative mood the past couple of weeks. He never said it directly but I could tell he knew something was wrong by the topic he chose for our evening discussion.

We were sitting in the kitchen, having dinner after a long tiring day.

“Do you know difference of karate teacher and aikido teacher?” he asked in his broken English.

“I don’t know, maybe the fact that a karate practitioner focuses on strikes while the aikidoka on locks and throws?”

“That is technique. Another different point?”

He stared at me while stuffing a spoonful of rice and curry into his mouth. He always liked eating curry and rice that you bought at the convenience store, the kind that comes in sealed bags, that you warm by throwing into a pan of boiling water.

“Well?” he asked when I failed to come up with an answer.

“I don’t know,” I said and he smiled and reached out for the salt and pepper shakers. I smiled as well, knowing that a lesson in ‘Salt and Pepper’ was about to begin.

Although Mori sensei was only in his early twenties, he possessed maturity and insight beyond his years. It could have been attributed to his upbringing, since he was the son of a Shinto priest, but I suspect his wisdom was a natural quality, a gift he was born with regardless of his religious beliefs and his parents’ dedicated nurturing.

Mori sensei, who spoke English almost as poorly as I could speak Japanese, used the ‘Salt and Pepper’ shakers to demonstrate certain points he was trying to make. The last time he had used them was at the beginning of the course, after I told him, with all the zeal of the first few days, that I would never leave Japan because my goal is to become great in aikido. He gave his take on the matter. It went something like this:

“Salt is life,” he said and took the pot in his right hand. “Pepper is aikido.”

“Life and aikido,” I nodded. He seemed pleased that I understood. He then placed the pepper pot to his left and began to advance toward it with the salt pot in his right, tapping it on the table as if taking small steps.

“Some people try and get aikido,” he said. “They walk to aikido, only want to be great like Kancho. But I,” he pointed at himself. “I do this.”

He lifted both pots and now they were moving together, side by side, in the same direction as before.

“Aikido walking with me,” he smiled.

It was a lesson that gave me a down-to-earth perspective. Now he placed the salt pot on a line he had drawn on a piece of paper.

“This is cow,” he said and pointed at the salt pot.

“Line is road. Cow stands in middle of road. Not moving, but sometime kick back with leg. Very danger.” 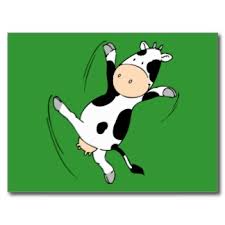 “Good. Now this is karate teacher,” he said and lifted the pepper pot, advancing with it towards the salt and then stopping. “Karate teacher want to cross road but worry about cow. What he do?”

“He study cow,” Mori explained. “Practice timing and block of kick. When ready, he try to cross.”

“High risk but reasonable. Can he overcome the cow?”

“I see, but what can the aikido teacher do differently if he must cross that road too?”

“First he do same,” Mori nodded. “Practice timing and block of kick. But he never cross the same. Aikido teacher avoid the cow.”

“But how can he?” I pointed at the salt. “The cow is still in the middle of the road.”

“He can wait for cow to move from middle,” Mori smiled. “Or he can go around.” He lifted the pepper pot and moved it in a wide arch around the salt and across the path he had drawn on the paper.

His wise words made perfect sense but gave no clue as to how to deal with Chino sensei, the obstacle that stood in the middle of my road.

“To stay in this course I will have to be the karate teacher,” I whispered to my self as I lay down on my futon that night. “I can’t avoid Chino like the aikido instructor.”

But my image of the karate instructor was very different from that of Mori sensei who spoke of learning the timing of the kicks in order to block them. Who I was thinking of was Oyama sensei, the man who established Kyokushinkai Karate, the one who gained international fame for fighting bulls in the arena.

“If he could easily subdue bulls, there’s no reason why I shouldn’t be able to deal with one problematic cow,” I concluded and laughed loudly, the sound echoing, bouncing between the walls of the empty Sho dojo. 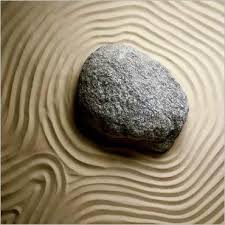 The internal tension mounted inside me as the week came to an end. I was so stressed that Friday evening that I could hardly sleep that night. The next day, at the beginning of the Saturday morning session, my legs shook as I stood to attention and waited for Chino sensei to arrive. He never showed up – instead, I got Mark Baker sensei for the entire lesson and for the afternoon session as well.

I felt relieved, but I didn’t raise my hopes that the ordeal with Chino sensei had come to an end. After all, I hadn’t seen him the whole day; he could have been unwell or maybe had to go and teach at the private dojo of the main sponsor of the Yoshinkan Aikido Hombu Dojo.

However, when Chino sensei failed to show up the following week and the week after that, I began to think I knew the reason for his absence.

“You’re going to drive us all insane,” Tessa warned me after I spent an entire weekend speaking of the matter. “You can’t really tell why he stopped training with you. You’re wasting your time.”

“Oh, I’m pretty sure it’s not that complicated,” I shook my head at her. “Chino sensei doesn’t train with me for the same reasons that drove him to have that bizarre audience with me.”

“Really?” she smiled at my knowing expression.

“Really,” I nodded. “I must have said something that scared, so to speak, the cow inside him out of my way.”

“Funny,” she sighed and placed her hands on her hips. “I was also thinking of the story of the cow but came up with another conclusion.”

“I was thinking that since he is an aikido instructor you must be fulfilling the other part of that equation.”

“Are you suggesting that I’m the cow?”

“Do you see anyone else standing in the middle of your road to progress? Anyone else who wants to pick a fight, apart from yourself? ”

“Mooo,” she laughed and gave me a kiss.

As it turned out, Chino sensei never trained with me again for the rest of the course and he never disclosed his reasons. The only certainty I was left with from the whole experience was the realization that I had to improve my game, to get stronger and sharpen my uke’s performance to the point where no one else could harm me. 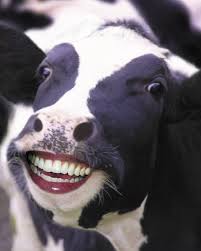