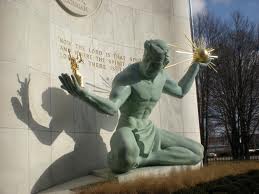 I was so preoccupied with the position of my elbows that I could hardly think of anything else. It was most frustrating to realize that placing them in the center line of my body was a gigantic task. The main obstacle was the tightness in my shoulders, a serious lack of flexibility that kept dragging the arms back to their resting position by the sides of my body.

I spent a few days battling my disobedient shoulders, but to no avail.

“You’re losing your mind,” Tessa observed as I cursed and scolded myself loudly while trying to cook dinner with my elbows tucked in.

“A better system?” Tessa raised her voice when, a couple of days later, I came up with a new plan.

“What’s wrong?” I asked, the smile fading from my face. “Don’t you think it’s a great idea?”

“How can lying on your shoulders all night long qualify as a great idea?”

“Because nearly third of the day is wasted on sleep.”

“I wouldn’t call sleep a waste of time. Last I heard it was quite healthy.”

“Healthy or not, it’s a mental state that is completely out of my control. I suspect that all the good work I do on my elbows goes to hell during sleep.”

“How else would you explain the fact that every morning I wake up with rigid shoulders?”

“Maybe because you go to sleep with rigid shoulders?”

“No, I don’t. When I go to sleep my shoulders are far more relaxed after all the day’s practice.”

She continued to try and deter me from my plans, but there was little hope for that.

“Whatever,” she sighed. “I can tell your mind is made up, so do as you want, you stubborn man. I just hope you don’t cause yourself permanent damage in the process.”

My plan of action was simplicity itself – to sleep on my side with the full weight of my upper body pressing down on the shoulder joint, forcing it to rotate forward. I started with the left shoulder, which was the tighter one.

“How is it?” Tessa asked when I woke up the following morning, my left shoulder squashed to my face, the arm tucked below my body.

“It’s fine,” I said, although I couldn’t feel the limb.

“So get up and let’s see if your flexibility has improved.”

“In a second. First I want to lie here for a little longer and analyze the drill. I want to make sure I don’t miss a thing. Why don’t you get on with your stuff, and I’ll be up in a second.”

Only once she had left the room did I dare to roll off my poor arm, and begin panicking properly. The first minute was quite worrying as there was no sign of life from the shoulder downwards.

“Come on!” I cried and desperately poked it a few times with the index finger of my right hand. “Don’t do this to me, baby. Please. I never meant to hurt you. You’ve got to believe me, baby. Please wake up. Please!”

A second later I dropped back onto the bed and started to hyperventilate, my mind gripped by the terrible thought of an unpromising future as an Aikidoka.

“The one armed master?” I suggested but shook my head against that tiny ray of hope. “Nope – it would never work.”

My thought process was cut short when unpleasant prickling sensations began at the tips of my fingers, as if some tiny creatures were stabbing at my skin with needle-like blades. From there, the sensation quickly spread to the rest of the hand, each poke, like the bite of a zombie, waking a victim soon to join the bloodthirsty army of the stabbing dead.

I held my breath as the army mercilessly hacked its way past the crossing of the wrist and up the forearm, through the elbow and to the waiting shoulder.

“Baby, you’re alive!” I joyously cried then swiftly wiped the smile from my face when the door opened and Tessa popped her head inside.

“Did I hear what I think I heard?”

“I don’t know what you’re talking about.”

After the limb returned to normal functioning I began to analyze the results of my experiment. I got out of bed, rolled my shoulders a few times, attached the arms to the side of my body and stood still to attention, stretching my spine. When I felt relaxed and centered I slid into kamae, both elbows squeezed in. To my delight I found that the range of movement in my left shoulder had slightly increased.

“Fantastic,” I whispered, careful not to raise my voice, worried that Tessa, who was busily preparing her painting gear in the other room, would hear my cries of jubilation. “Don’t worry, Baby,” I said while patting the right shoulder. “I won’t forget you. You’re next in line.” I decided that, until both shoulders were nicely relaxed and flexible, I would alternate sleeping on top of them every night.

All through the day, I marveled at the genius of my act. I realized it had double advantages, that it was not only productive from the elbow’s point of view, but also allowed me to spend my waking hours on other topics that needed desperate attention. Time use has never been more efficient.

It took nearly two weeks for me to gain the necessary flexibility to comfortably place both elbows on my center line. With my upper body relaxed I moved my focus to the lower limbs, determined to line them up on the same imaginary central plane on which I had managed to position my elbows. As it turned out, I didn’t need to go through the same extreme measures that I had taken with the elbows.

“What are you doing?” asked Mark Baker sensei as I stood in kamae in front of the wide mirror. His deep voice echoed through the vast training hall, pulling me out from my deep meditation. The morning class had just finished and there was half an hour break before the next lesson began, the best time for self-training as there were hardly any students around.

Mark listened when I explained my goals and donated a few technical details of his own.

“Align the legs tighter, big toes planted on the ground, and let your inner thigh muscles squeeze toward the center,” he supervised as I practiced. “That’s right, now let your belly sink downward. Yes, a bit more, keep going until it touches the inner part of your front thigh.”

His instructions captured my senses, my body absorbed by the physical manifestation of his words. When he left I stayed and trained for a little longer, trying to register everything he had said while the memory was still fresh. I worked systematically, standing in kamae and correcting the position of the lower body, making sure the limbs were positioned according to the new information. Then I added the upper body, stretching the trunk, extending the arms, lining the elbows and spreading the palms. A sense of euphoria descended upon me as I realized I had never felt so centered in my life.

“This is incredible,” I whispered and could hardly contain my excitement. “Now I’ve got all the parts to shape a perfect center.” I was all smiles as I left the training hall and burst into the kitchen, opening the fridge and taking out the rice-balls that I had bought at the convenience store. The hunger I felt was overwhelming but not surprising since it was a common reaction I had whenever stimulated by knowledge.

“Take it easy,” I told myself as I tore the plastic wrapping, and covered the rice-ball with a sheet of dried seaweed.

“Yeah, right,” I smiled and inserted half of it into my eager mouth, hardly chewing before swallowing, chuckling to myself and nearly choking on the pickled plum that was embedded in the center of the rice-ball. When I finished with the first rice-ball I moved on to the second. I munched on it with nearly the same enthusiasm, washing it down with water, then swiftly returning to the dojo for a few more minutes of practice before the lesson began.

I gradually sensed how the adjustments I made to my kamae were starting to pay off. Physically, I could easily place my arms and legs on my center plane, my weight and muscles projecting forward on the imaginary line that extended from the tip of my fingers to the front. The physical changes had a positive effect on my senses too; it sharpened my focus, improved my sense of unity and helped me connect with my training partners in a way I couldn’t feel before.

“It’s simply amazing,” I told Tessa after a particularly successful day of training. We were sitting on the roof of our guesthouse on white garden chairs. We were having cold drinks while watching the sunset.

“Yes, it is…” she nodded. “The way the smog mingles with the light of the dying sun is truly amazing.”

“I was referring to the way aikido has changed for me.”

“I feel like a blind man that has suddenly regained his eyesight.” Without a word of warning, I placed my glass on the floor and jumped to my feet. I began to shuffle aimlessly around with my eyes closed, my arms extended in front of me, occasionally bumping my shoulders against the water tanks that covered most of the roof’s area. Then I stopped moving and dramatically opened my eyes wide, smiling despite the frown on her face.

“Now that my world is full of light, I can actually see what I’m doing,” I whispered mysteriously. “Actually see, rather than treading aimlessly in the darkness, carefully trying to feel my way around.”

“Oh you can see, can you?” she narrowed her eyes at me.

“Then how do you explain that?” she pointed at the puddle by her feet, a puddle that surrounded my up-turned glass. A quick glance at my wet right shoe explained everything.

“Yes, you did, my enlightened being, and amazingly enough, you did it after you opened your eyes.”

“Your shoes are wet.”

“Well observed, but don’t be fooled by the wetness on the outside. Trust me, it went all the way through to my socks.”

“So you should be. I tell you, Gadi, sometimes you seem to be much more centered with your eyes closed.”

Little did I know, at the time, how right she was.