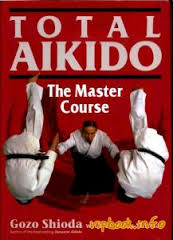 Discontent took hold of me near the end of the senshusei course. The irony did not escape me. I felt lost, unfocused and misguided, despite the incredible amount of knowledge that was poured into me on a daily basis. Things got worse when we started practicing jiyu-waza (free techniques), where the movements were swift and accurate while the throws were as hard as could be.

"That's disgusting," I told David when he raised his arm and showed me the swelling on his elbow. David had become my partner in the senshusei course when John, his previous partner, quit after a couple of months. It left David and I as the only foreign students there.

"It might be disgusting," he said, "but I don't care. I didn't join the course in order to become pretty."

The skin around the elbow joint stretched down with the force of gravity, hanging loose from the tip of the bone like a sack filled with liquid. David tapped the sack and it swung from side to side.

"I'm not! It's horrible, David. If I didn't know otherwise, I would say your testicles had moved to a new location."

"I agree. You should have it checked out."

"No way," he winced, dropped his arm and hid it behind his back. "I've had enough of doctors and hospitals to last me a life time."

He had been hospitalized for nearly a month due to a rare infection that alarmingly raised the temperature of his body and caused his neck to swell. He'd only been released a few weeks ago. He rolled his eyes a few times as I continued my tirade concerning his reckless attitude towards his body.

"You should see a physician," I concluded with a deep frown. He snorted a laugh and reached out, pressing the impressive swelling that decorated the bony ridge of my lower back. I screamed and jumped back.

"When you see a physician for your pains, smart ass," he said. "I might consider doing the same."

"Mine is not as bad as yours."

"That's too bad for you. You know what they say – 'Let pain and injury be the guide to improve your ukemi'."

"Sure," I spat. "Just like 'chotto relax' and 'moto renshu' are the keys to improving your aikido."

He walked away, leaving me to grind my teeth as I thought about the phrase he had stated.

There were a few vague phrases that the instructors at the Honbu Dojo regularly used as guidelines to improve our aikido. The first was the remark of: 'moto renshu' ('train more,'), which made perfect sense when rehearsing in order to improve and sharpen correct moves. However, moto renshu proved to be completely inadequate when trying to correct technical faults.

"What's the point of repeating the same mistake over and over again?" I asked Sensei Mark Baker. He looked confused by the question.

"When you repeat your mistakes, you eventually learn how to correct them," he said.

"But wouldn't it be far more productive to actually know the correct way rather than spending hours and days trying to find it?"

"It would be," he smiled. "But unfortunately, the correct way changes from one individual to another according to their personality, body type, age and even gender. What makes matters even more complicated is the fact that 'the correct way' can keep changing for the same individual throughout their life."

"Because they change as well."

"We're all changing all the time, aren't we? Getting old, maybe even wiser. Yes, Gadi, even you."

Not least frustrating was the command, 'chotto relax,' ('Relax a little,') which came about as a response to all our questions.

The phrase could refer to different body parts, a multitude of techniques and mental attitude.

"I'm not 'chotto relax but A Loto Relax," I thought. "Give me something I can work on. I don't understand what you people mean!"

"Pain and injury will be the guide to improve your ukemi," was the latest addition to that list of phrases the instructors used. The logic was brutally simple – you take the fall and if injury occurs, the pain will cause your body to change the line on which you drop, away from the injured tissue and onto a position that is free of pain.

I just hoped I would find that cherished, free of pain, relaxed and well rehearsed place before my body and spirit got broken beyond repair.

My sense of inadequacy was overwhelming by the time I finished the course and joined the Honbu Dojo staff as a junior instructor. I felt insecure when I tied the black belt around my waist, embarrassed when I taught and demonstrated in front of students, and off-line and off-center whenever I took falls for the instructors during class.

The only positive side to my sense of failure seemed to be the joy it gave to my predecessors. And to David as well, despite the fact he performed just as badly as I did.

"Look at them going," I whispered to him and motioned at Chino and Mori sensei. "Have you ever seen them so happy together?"

The two were leaving the mats after completing a test rehearsal session, an hour long training that David and I were ordered to join in order to improve our performance. The two were conversing and even smiling at each other as they entered the office.

"Amazing," David nodded. "And to think that at the beginning of the class they were murderously eyeing each other."

"I guess our shitty performance has its benefits."

"Shitty performance, are you kidding me?" David burst out laughing. "This is aikido at its best! Think about it, Gadi, they came in like bitter enemies and left as best friends and all thanks to us. Didn't you hear how they giggled like little school girls all through the class?"

"Of course I did, their laughter rang in my ears like church bells every time we made a mistake."

"Don't be silly. Be positive and think of the love and harmony we have managed to spread."

He sighed and rolled his eyes at me. "Take it easy, Gadi. No need to get upset."

But I couldn't take it easy even if I wanted to. I was bewitched by the art. Recalling Mori sensei's analogy with salt and pepper, I saw aikido as a goal rather than a companion to life. My mind drove me onward, but at a speed that did not match my knowledge of that bumpy road. It was as if I was irresponsibly driving in the darkness, the vehicle out of control, hitting trees and hedges as it swayed from side to side…

Some of my worst memories from that period come from the photo-shoot for the book, Total-Aikido. The dojo would be closed in the early afternoon, and only the instructors and the camera-crew were permitted to enter through its doors. The training hall was rearranged for the event. The mats in the center, on the line between the back wall and the shrine at the front, were marked with sticky-tape, spotlights positioned around and above it, and the windows were blacked out with cardboard.

All the instructors took part in the demonstrations, but only Chida sensei was there for most of the shoot. He would stand by the director and supervise the takes, making sure the techniques were properly performed and photographed.

The most bizarre spectacle was to watch him instruct Kancho Sensei in front of the camera.

Master Shioda, despite being the visionary and the founder of Yoshinkan Aikido, seemed oblivious to the specific fashion in which aikido techniques were performed at his Honbu Dojo. Yet he also seemed aware of this, and he would observe and listen attentively as Chida sensei explained and demonstrated each stage of the techniques before him, his eyebrows raising occasionally, a hint of a smile appearing at the corner of his mouth. Even as he performed after all the explanations, he would often stop and ask Chida sensei for instructions.

"It's ridiculous," I told David. "We all study a system that is alien to its founder."

"Because he has no need to know it," David sighed. "This system is designed to try and figure out how he performs his techniques."

"By doing it in the opposite way? Have you ever watched his videos? What we learn is the way Chida sensei does the techniques."

"But if Kancho Sensei approves it, then I guess its OK. Don't you have some faith in your Master?"

Chida sensei also decided which instructor performed what technique and on whom. I posed as uke for a few techniques, but it was only thanks to Chida sensei, who determined I should take part in the book regardless of my ill performance.

And an ill performance it was, by all accounts, despite the fact I gave everything I had, investing my mind, my body and my desire to succeed at every technique I was chosen to demonstrate. Thankfully, I was mostly chosen to perform osae–waza, the pin-down techniques, which were relatively easy to model in front of the camera. However, it still took me a considerable amount of time and plenty of effort in order to get to the desired positions.

Fortunately, my poor abilities served as comic relief to the crew, especially to the director who would smile in anticipation when it was my time to perform. Needless to say, I had to muster all my self-discipline in order to stay focused as the sound of their chuckling penetrated my ears.

But even the director lost his cheerfulness when Chida sensei, in a bizarre act of kindness, decided that David and I should serve as uke to one another on a kotegaeshi throw.

"Again," the director ordered, still smiling, when I lost my balance for the third time while throwing David. He lost his cheerfulness by the fifth throw, and even Chida sensei showed signs of desperation by the seventh trial.

"But you threw him to the left," he frowned, the director rolling his eyes behind him. "How did you end up facing the right?"

After a few more unsuccessful efforts, I exchanged roles with David but it didn't seem to improve the outcome of our miserable display. Chida sensei kept pressing us and the crew, who looked quite grumpy by this stage, but in the end he was forced to give up when the director complained he was running out of film.

"Don't look so gloomy," David tried to pacify my sore mood. "If you think about it, we have something in common with Kancho sensei."

"We're both performing the techniques very differently from Chida sensei."

Needles to say, our disastrous display never made the book.